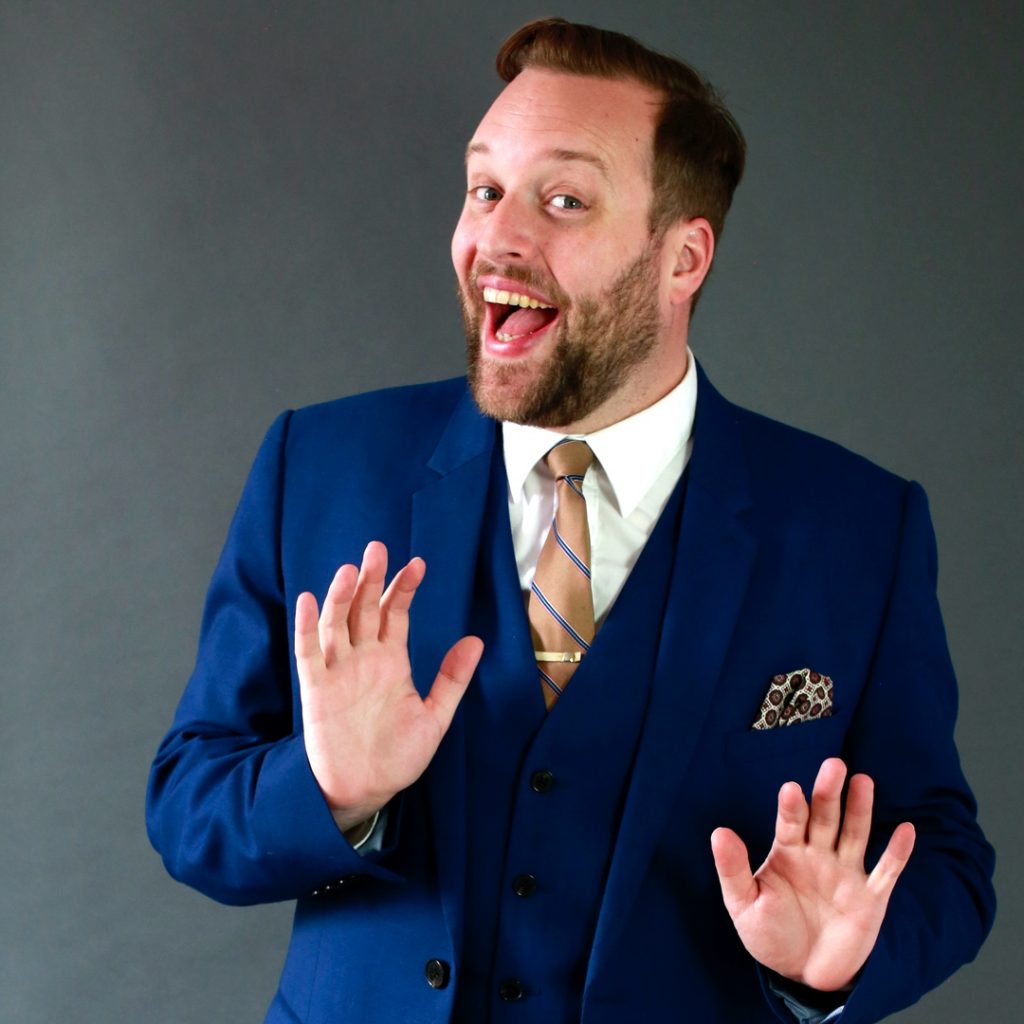 Andrew is a renowned DJ, comedian, and voice over artist based in Melbourne.

As a comedian, he regularly performs his hour long shows at Melbourne International Comedy Festival, where he’s received rave reviews from the Age and the Herald Sun, and has even been awarded Melbourne’s coveted Comedians’ Choice Award, as well as Sydney Comedy Festival’s Jury Price.

His scripted ‘live silent film’ comedy show Tie Her to The Tracks was the recipient of the Moosehead Award which played to sell out crowds at Melbourne Comedy Festival and Andrew is also a regular cast member of the smash hit improvised shows Spontaneous Broadway and Comedians Against Humanity, and a member of Melbourne’s long running improv group The Big Hoo Haa.

His sets show off his pure love of music from all times and genres. Andrew plays indie, chart pop, alternative, twee, hip-hop, folk, power pop, punk, swing, country, electronica, soul, doo-wop, rock and more besides. He dances, hollers and shakes his way through sets with  a palpable joy that carries over to the dance floor and never fails to get the floor moving. Fact.

Andrew’s television appearances include Tonightly with Tom Ballard (ABC Comedy), Spicks and Specks (ABCTV), Comedy Up Late (ABCTV), Stand Up Australia (The Comedy Channel), The Chaser’s War On Everything (ABC1) and providing all the voices for the animated series The Dukes of Broxtonia (ABC3).