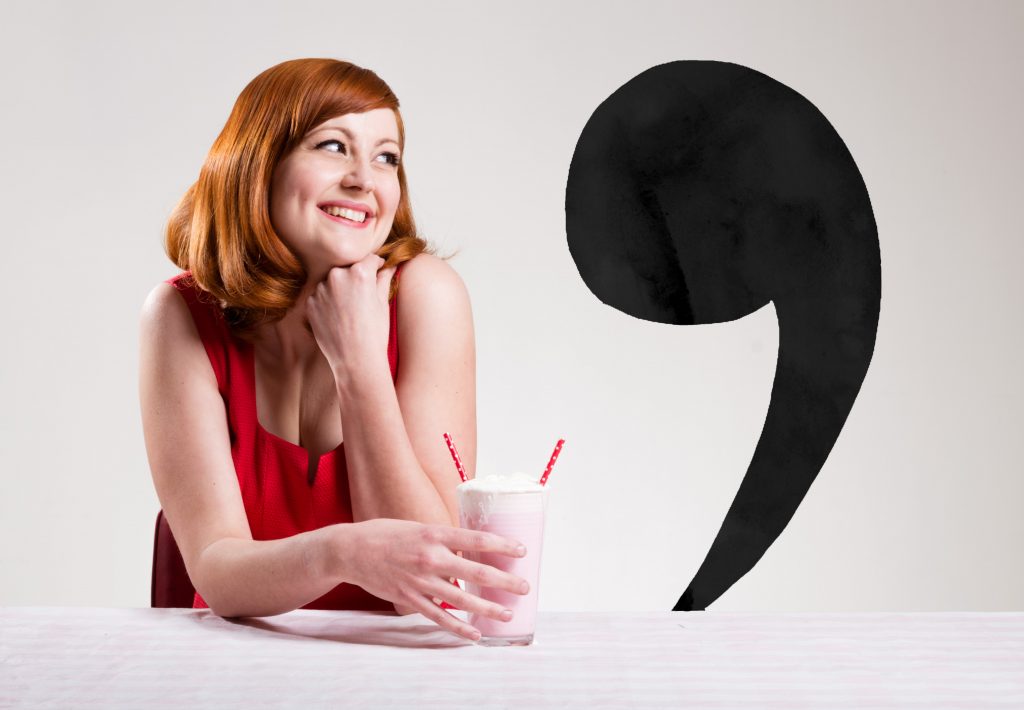 Spontaneous and punny, Louisa is in high demand as an MC. She recently hosted Lost the Plot, a literature game show, at the Melbourne Emerging Writers’ Festival, and The Maj Fringe Gala at Perth FRINGE WORLD. She has also won Sci Fight (a monthly science comedy debate) and appears regularly with much-loved improvised comedy troupes The Big Hoo-Haa!, Impromptunes, Spontaneous Broadway and Soothplayers: Completely Improvised Shakespeare.

She works daily as a voice over artist and has lent her voice to thousands of TV and radio commercials over the last seven years.

Her critically acclaimed debut solo show, Comma Sutra, a musical comedy about grammar, has enjoyed sold out runs at Melbourne Cabaret Festival, Hobart’s Festival of Voices and Perth Fringe World and was nominated for Best Cabaret at the latter.

In her spare time she collects languages – semi-fluent in German and Auslan, she has dabbled in French, Italian and Spanish and is now tackling Danish.

“The big find this year is the terrific Louisa Fitzhardinge. Sassy and confident… she wrings out every ounce of comedy” – Stage Whispers
“An adept writer, a captivating singer, a curator of puns, and a master of rounding off songs with zesty closing lyrics.” – The Plus Ones
“Fitzhardinge proves herself quick-witted in audience engagement” – Chortle
“Truly impressive” – Herald Sun
“Echoes of Tim Minchin’s self-aware and nerdy snarky style and Eddie Izzard’s quick code-switching” – Crikey
“An exceptionally talented Australian artist.” – Artshub