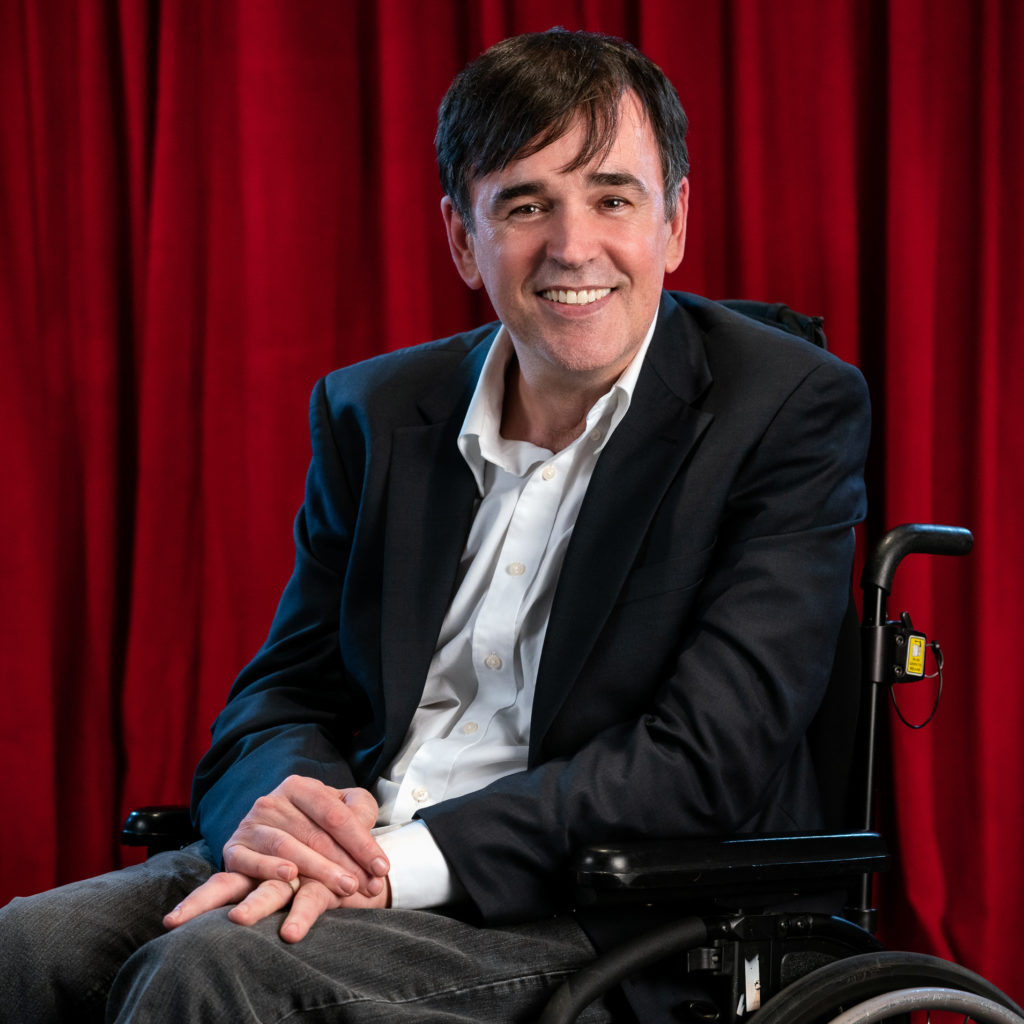 Tim Ferguson is one of Australia’s most accomplished comedians.

He has battled Multiple Sclerosis (MS) for 30 years, but it won’t get in his way! His new live show A Fast Life on Wheels sees this comedy legend rips the lid off his extraordinary life. Tim Ferguson reveals the terrors and tears of his worldwide escapades. As for his lifelong battle with Multiple Sclerosis, Tim says, “I don’t ‘suffer’ MS. It suffers me.” Hilarious, touching and wicked. This show is hell on wheels.

A Fast Life on Wheels has started touring in 2019 and will tour selectively across Australia.

Amongst Tim’s many other achievements, he wrote and directed the comedy movie Spin Out [Sony Pictures, 2016] tours the world with comedy trio the Doug Anthony AllStars [DAAS] and has written bestselling novels, comedy manuals, and live shows.

A comedy legend rips the lid off his extraordinary life. His story will make you laugh, cry and seize the day.

From touring the world in the Doug Anthony Allstars, to his life as a network TV star, and now an international teacher of screen comedy. Through it all, Tim has defied the challenges of Multiple Sclerosis. Now in a wheelchair, he goes even faster. Despite his condition, Tim has vowed to never stop making audiences laugh. “I don’t suffer Multiple Sclerosis; it suffers me!”

For enquiries about live shows of A Fast Life on Wheels, contact carrie@seriouscomedy.com.au or call +61 407155645.
Close Menu
×
×