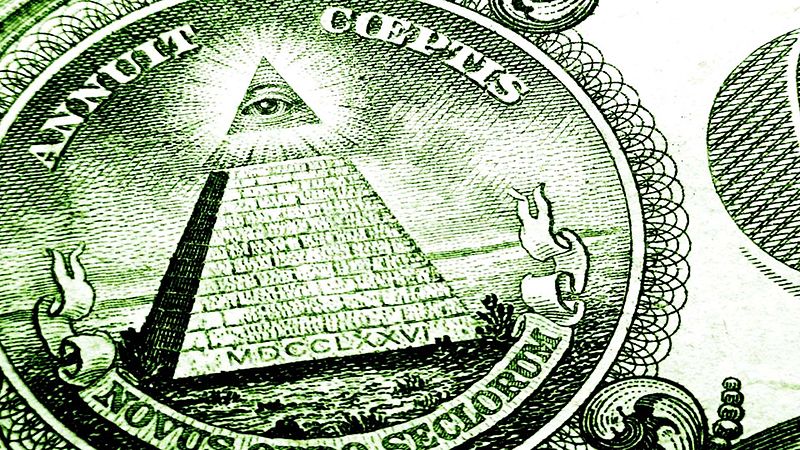 Jealous of all the crazy flying around right now? Want to get in on the act? Here’s ‘How to create your very own conspiracy theory’. Here goes.

1) Make a list of ACTUAL breaches of trust in society. You’ll need these later. These don’t need to be true ALL the time, but they need to contain SOME truth. In fact they’re ideal if they possess a small kernel of truth but represent something that would be terrible if it were endemic. For example:

3) Assume that the crisis is happening on purpose.

4) Make a list of people or groups who could possibly benefit in some way from the crisis.

6) As people list their doubts about your theory, address each one using one of the breaches of trust from (1). You don’t need to prove anything, only create sufficient doubt. For example:

– Coronavirus is a bioweapon released by the Chinese government to decimate the US economy!
– (doubt) But didn’t it kill hundreds of thousands of Chinese people first?
– (breach of trust) Remember Tiananmen Square? China doesn’t have a problem killing its own people!

7) If what you’ve come up with sounds implausible, broaden your group from 4 into a dark, unidentifiable entity. Call them something catchy like the ‘New World Order’ or the Illuminati. Again, these don’t need to be provable, it’s better if they only possess a kernel of truth. You only need to create sufficient doubt.
Example:

– Coronavirus is a bioweapon released by the New World Order to get people to accept draconian government measures ostensibly for their own safety.
– (doubt) But where’s the evidence of this New World Order? I’ve never heard of it.
– (breach of trust) You think you can trust the mainstream media? They lied about x/y/z (something that’s true)
– (doubt) But the World Health Organisation says that it originated from bats or pangolins.
– (breach of trust) The WHO, World Bank, UN and pretty much everyone else that would WANT disprove my claim are all part of a global conspiracy and are the ones who are really pulling the strings of every significant world event.

Actually, that last one doesn’t really count as a breach of trust. It’s the endgame of crazy theories. Like the question ‘Is God real?’ it’s not falsifiable. It can’t be DISPROVEN, and so if someone is intent on it, you’ve reached a rhetorical dead end.

So Yianni, what’s the point of writing this? Why would you want to create a conspiracy theory? Good question. Short answer, you wouldn’t. But happily the system also works in reverse as a bullshit detector.

If you hear something crazy (and let’s face it, there’s lots of that going around) run it backwards through this flowchart and see if it fits. If it does, what you’re likely hearing is the product of a scared mind trying to make sense of a chaotic world. Or a secret world order intent on enslaving the world. Definitely one of those two.

It’s fine to be scared. But don’t spread bullshit. Practice social, not factual distancing.
In the words of the Hitchhiker’s Guide to The Galaxy (section Earth/Coronavirus, p4209, straight after Earth/Corny Jokes) DON’T PANIC.

If you get to Earth/Corporate Role in Illuminati you’ve gone too far.

Or get updates about when new things are posted?

Comedian and writer in both Australia and the UK.

The Business of Show

Ovaries? More like explodaries! How I got hospitalised from laughing too much.